The Festival of the Thrush is the biggest and most important festival for Montalcino in which the entire population is involved at all levels. It is a folk festival following the oldest collective mechanisms of theatrical logic; to see and be seen. The festivities include food, dance and celebration that culminate in the challenge of a primitive archery competition.

The festival has its origins in medieval festivities and in the old hunting celebrations. In fact every year in October migratory birds, including thrush, from the north pass through these hills. In the Middle Ages it was the richest hunting period which featured grandiose feasts and succulent banquets that all social classes indiscriminately participated in; nobleman and paupers, rich and poor, men of the cloth and lay people all celebrated abundance and fertility together. The courage and skill of the men were measured in typical medieval games while the women competed against each other in the preparation of banquets of the wild game brought back by their men from the woods.

From the early morning the lads and maidens of the Trescone, a typical Tuscan folk dance in 19th century country dress, dance and sing to the accordion inviting all to participate in the festivities. The historic procession featuring 14th century costumes departs from Piazza Cavour. The characters parade the streets of the town decked out in the colours of their respective four Quarters to the sounds of the clarions and to the rolling of the drums. The procession moves towards the portico of the old City Hall for the traditional homage to the Lady of the Fortress who awaits the return of the knights, pages and archers with the ladies-in-waiting of her Court.

Each quarter in Montalcino sets up a food stand where you can taste traditional local dishes: pappardelle pasta in wild boar sauce, hand-rolled pinci pasta with meat sauce, bean soup and grilled meat all served with the best Rosso and Brunello di Montalcino.

In the afternoon, the historical procession moves towards the grounds of the archery competition under the bastions of the Fortress. Here two archers for each Quarter defend their colours and the honour of their Quarter on the field. The primitive archery competition involves four archers, one for each Quarter, aiming at a wild boar target at the same time. Upon the signal of the Captain of the Field, the archers shoot five arrows each. For the following series of shots, the distance gets further and, consequently, the point value for each arrow on target increases. The same applies for the round with the second archer.

The silver arrow, symbol of victory, goes to the Quarter with the most points at the end of all the rounds. The Captain of the Field awards the winning Quarter directly on the field beside the Fortress at the end of the competition. They are overcome with joy and break into victory songs and chants mocking the other Quarters. The celebrations continue throughout winter and spring to the following summer until the next competition of the following year. 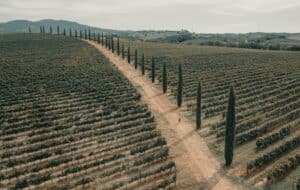